How the Grinch Stole Christmas: Watch or Dodge? 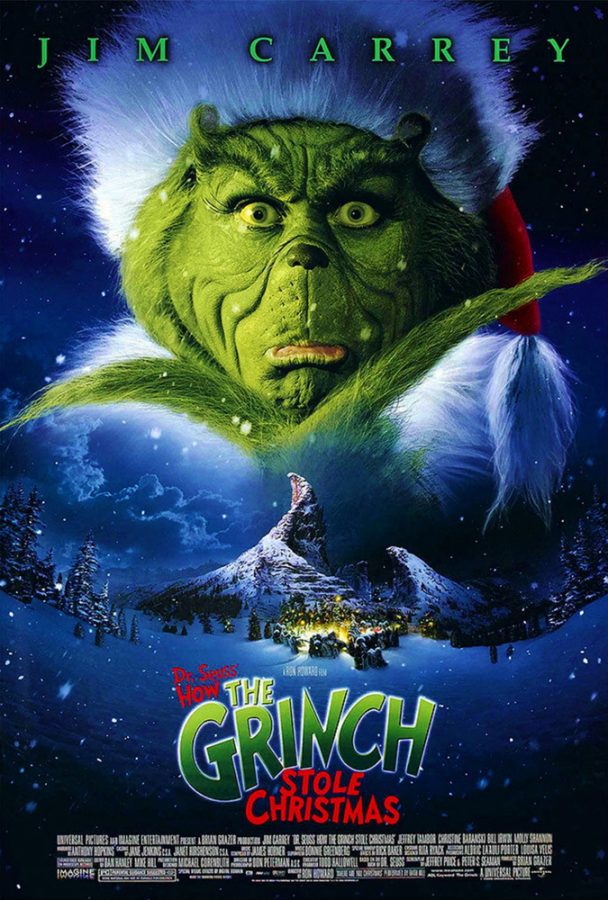 The story of how the Grinch stole Christmas follows a grumpy, green, christmas-hating creature who’s an outcast in his village; Whoville, populated by the Whos. The Whos are lovers of all things Christmas and go above and beyond with their annual traditions. On the contrary, the Grinch entirely hates Christmas after he was humiliated as a kid for his appearance. Ever since then, he resents the Whos and all their holiday festivities. One night, he sets up an elaborate scheme to ruin it for the village. He sneaks into homes, steals decorations, gifts and meals and plans to throw it all off Mount Crumpit, where he lives. But something struck him, they say and his once minuscule heart grew three sizes that day.

Jim Carrey, who acted in the role of the Grinch flawlessly brought the Grinch’s witty and sly personality to life. From the voices to the hand gestures no one could’ve done it better.

As well as the characters, the set and decorations were unmatched. Producers used an abundance of vivid colours, christmas lights, trees and clothes to capture the Christmas spirit. An enormous amount of detail went into the set design and every time I watch the movie around the holidays, I’m always discovering new details.

My favorite scene was when the Grinch was pacing around in his house and listing his schedule for the evening to justify not going to the Whobilation. Finally he came to the conclusion that if he had no fancy attire for the occasion, he wouldn’t go. His comedic side came out and that scene always leaves me muttering the list with him. It affects the movie because it shows that deep down he wanted the attention and that he wanted to be a part of the festivities, after many years alone.

Finally, I would recommend this movie to everyone, big or small. It’s a light movie with lots of funny scenes and it’s overall enjoyable. I give it 5/5 stars and recommend it to everyone.